There are various types of trusts and we will guide you as to which one is most appropriate, for your circumstances.

Trusts were developed in the times of the Crusades.  Since then the law has developed but the intent is the same – asset protection.

What We Can Do For You

“None of us knows what might happen even the next minute,
yet we still go forward.” Paul Coelho

There are various types of trusts and Austins will guide you as to which one is most appropriate for your circumstances.

We offer a trusts’ administration service, which includes compiling tax returns, arranging distributions and applying and calculating tax refund, along with the day to day administration.

What is a Trust?

A trust is simply a way of ring fencing and protecting an asset by separating the legal owner from the beneficiaries.

What can be placed in trust?

A trust can be created with anything of value from a savings account, life policy, pension lump sum, loan, debt, cash, property, investments or specific belongings like jewellery or premium bonds.

It can be set up in a will or during the donor’s lifetime (usually for tax mitigation).  If it is a will trust then the trust will only exist after the donor (gift provider) has died.  A trust will exist only after an asset has been transferred into it.

Why set up a Trust?

A trust is often set up where, for example, the beneficiary (individual who should receive the gift) is a vulnerable because they are underage or incapable of managing their own affairs.  However, sometimes people setting up trusts just want other individuals to control the trust assets; to ensure it is used exclusively for specific individuals or for particular purpose like education.  By putting valuable gifts in a trust means the assets are kept separately from any other items.

What is a Trustee?

A trustee is an appointed adult of good character who acts as a custodian for assets held in the trust.  Where there are beneficiaries who are underage there should be two trustees at all times.

The trust will specify at what age the beneficiaries can control the trust themselves.  If the trust doesn’t specify it is presumed to be when they reach 18.

Whilst the beneficiary is unable to manage their own affairs or is under age, the trustees will be the legal owners.  As such they will be personally responsible for ensuring the trust is run properly in the beneficiaries’ best interest.  Once a beneficiary reaches 18 (even if they cannot personally control the trust assets); they can bring a legal action against the trustees, if they have not managed the trust according to the trust guidelines.

The trustees are personally liable to the beneficiaries, even if they have delegated any of their duties to someone else, even another professional.

However, it is only if it can be proved they were negligent when performing their duties, that they can be made to financially compensate the beneficiaries for any subsequent loss.

Who can be a trustee?

Any adult of good character who is prepared to act on behalf of the beneficiaries in accordance with the trust’s intentions and authorities.

The trust has to state specifically that the trustees can be paid for them to receive a financial benefit from the trust, other than their reasonable expenses, incurred solely and as a result of their trusteeship.

Any reasonable expenses whilst performing their duties will routinely be repaid by the trust.

What are the usual duties?

Trustees are responsible for the day to day running of the trust.  Some trusts require little management, whereas others may need specialist advice and assistance from a solicitor, accountant or stockbroker.  Trustees are entitled to ask any qualified person to assist them.  The cost of such services will be paid by the trust.

Each trust will set out what the trustee can and cannot do.  So before acting in a trust, it is a good idea to familiarise yourself with what is in the trust, as well as, what are your duties and authorities.

Sometimes there are letters addressed to the trustees from the person setting up the trust explaining why and what they expect their trustees to do. It is called a letter of wishes or a memorandum of wishes.  Although they are not a legal part of the trust (as they are only guidance), most trustees will feel morally bound to consider and follow those directions.

Death in the Family

Austins Solicitors Limited is Authorised and Regulated by the Solicitors Regulation Authority SRA No: 404976. 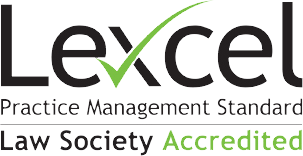